Are You Driven or Called to Lead? 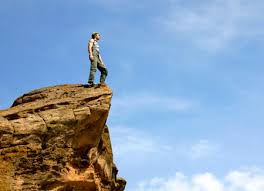 Do you want to be famous? For what?

Thomas Edison was the most prolific inventor in history. His style of leadership was to work all the time. Edison was known for not sleeping. Yes, that’s true. He basically never slept. He would only take short naps and get right back to work.

There is a difference in being driven, and being called as a leader. Edison was productive because he never gave up, in fact, he continued to work to invent the incandescent light bulb through multiple failures. On his 10,000th try, he succeeded! Are you willing to work this hard to prove your idea? Edison did not recognize failure. He stated that he found 9,999 ways that did not work.

The Transformational Leader creates balance in life, in order to have personal and work lives, and not just a work life. It was important to Edison to realize his many brilliant ideas into working, living projects – the light bulb, the dry cell battery, electricity that could be transported over distance, and the telephone (he invented the phone, but got to the patent office after Bell – he was, however, the person that made the phone work in a practical manner).

Edison made a choice – to be the best inventor. He was famous for that. Do you think he was happy? I wonder….

TIP: Plan to be successful in life, not just in your work life.