Podcast 112: Equality versus Excellence of Diversity 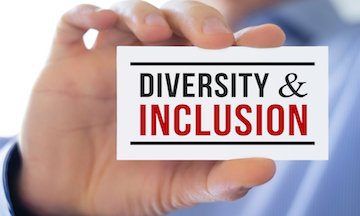 “I believe in equality for everyone, except reporters and photographers.”

Choose Excellence of Diversity and Not Equality 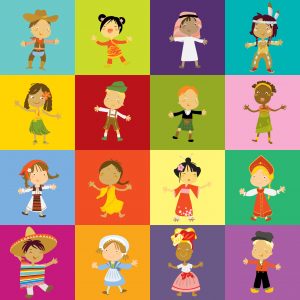 We hear lots of noise in conversations and in the media about striving for equality of gender, nationality, and race – equal opportunity – equal rights – equal pay, etc. I suggest that there’s a better paradigm.

Recently in Blacksburg, Virginia, in a session called “Dialogue on Race,” a young African-American presenter used the phrase “Diversity of Excellence” in his presentation. That phrase made so much sense to me. I have adopted the idea and reversed the words to get “Excellence of Diversity.”

The media make up sound bites and promote phrases to get attention and ultimately to get ratings and make money. We all get sucked into this diatribe of mediocrity. We are driven to the bottom…the lowest common denominator…the drivel of sameness.

I say to women leaders, “Why do you want to be equal with men when, in fact, you are better? You offer a different paradigm for leadership and a fresh perspective. You have a skill set that is different. Why not claim your excellence and move to the top rather than attempting to be equal?” Most agree and react as if they feel empowered.

I repeat this question to minority groups and get the same response.

In a society where we have dumbed down our educational system with standardized testing and set the bar to the lowest point in striving for equality, we are teaching each other that mediocrity is the norm. In an address to educators, I heard Alfie Kohn* describe standardized testing as an “Ethnic cleansing of the society.” In Marva Dawn’s book, Reaching Out Without Dumbing Down, the first chapter is the history of how education has been dumbed down over the years. She then describes how churches have dumbed down to attract new members when, in fact, the mainline denominations are now losing members at an alarming rate. We have clergy working as consultants, teaching pastors what to do as a simple formula for success, rather than reaching out of the broken paradigm and getting wisdom from a different source.

We have no clearly written guiding principles for personal empowerment in leadership for our organizations.

My guiding principle is to strive for excellence through diversity and let the best people do the best work.

Do we get stuck because we are threatened by the excellence of someone who doesn’t look like us?

* The Case Against Standardized Testing: Raising the Scores, Ruining the Schools