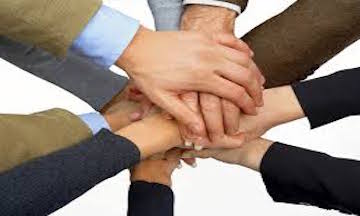 A genuine leader is not a searcher for consensus but a molder of consensus. – Martin Luther King, Jr.

Subscribe to Hugh Ballou’s Podcast on iTunes or Stitcher

A genuine leader is not a searcher for consensus but a molder of consensus. – Martin Luther King, Jr.

This is an ongoing conversation that comes up with about every organization that I work with. I find that people universally don’t understand the concept of consensus and confuse it with compromise. In fact, many leaders consider either on to be a weakness of leadership rather than a strength of an influencer leader.

Most groups attempt to utilize the principles and processes outlined in Robert’s Rules of Order, which is a time honored system of best practices. Utilizing consensus strengthens the Robert’s system.

When there are active, caring, engaged individuals working together and having meetings, there will be differing perspectives and opinions on things. This is a good thing. It’s the leader’s duty and delight to utilize those perspectives into a synergistic collaboration in which everyone understands the challenges and the benefits of every decision and backs the process. Consensus builds relationships. Compromise erodes relationships.

It will be obvious which side of this debate I fall on…consensus is giving consent to a decision. Many feel that compromise and consensus are the same. I disagree.

Despite my revealed opinion on this topic, I trust that you will be interested to see how I distinguish these two standards.

The comparisons to musical ensembles might make sense to you if you are a musician. If you are not a musician, then you might have some misconceptions of how the system works. The musical conductor is perceived by non-musicians, and some musicians, to be a dictator when, in reality, the musical conductor is an influencer. We influence singers and instrumentalists to function at their highest level. That’s a form of consensus.

By facilitating this process, the leader reaches a higher level of functioning by not micromanaging group process, but guides the process much like the conductor guides the ensemble. Conductors don’t make the music; they provide the leadership for musical excellence to happen.

Check out my Unbound Leader program to learn the process for success at http://TheUnboundLeader.com

I’ve called that program, “Unbound Leader: Unlocking Your Inner Potential for Success.”
It’s time to do something different.
Look at my short video to see if this program is a fit for you
http://TheUnboundLeader.com

I’ll see you on the video…and then in the winner’s circle!